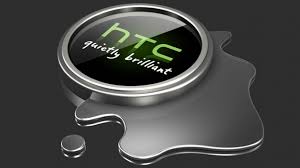 High Tech Computer Corporation or HTC (TWSE: 2498), to Launch its Own Cryptocurrency-Focused Smartphone, named Exodus. The Taiwan based consumer electronics manufacturer HTC will release its own cryptocurrency-focused smartphone. HTC announced that she is developing a “blockchain-powered” device that will be based on Google’s Android operating system.

The phone is expected to contain a universal wallet and a secure hardware supporting cryptocurrencies and dapps (decentralized applications). The company is examining the possibility of selling the device for cryptocurrency as well.

“Through Exodus, we are excited to be supporting underlying protocols such as Bitcoin, Lightning Networks, Ethereum, Dfinity, and more,”

Phil Chen who is responsible for the development told THENEXTWEB. “We would like to support the entire blockchain ecosystem, and in the next few months we’ll be announcing many more exciting partnerships together.”

HTC also made known that she wants to create its own network with each phone serving as a node to facilitate trading within it. The innovation by HTC will spring up wider adoption and the company will be far more on the greener side to gulp up the in-flow funds that will be flushing into the Crypto-mobile sector. HTC had not been popular so far in the mobile market. The company’s general performance in the previous years before now isn’t quite bourgeois. But with this recent innovation, the company might grow popular in the Crypto-mobile sector.