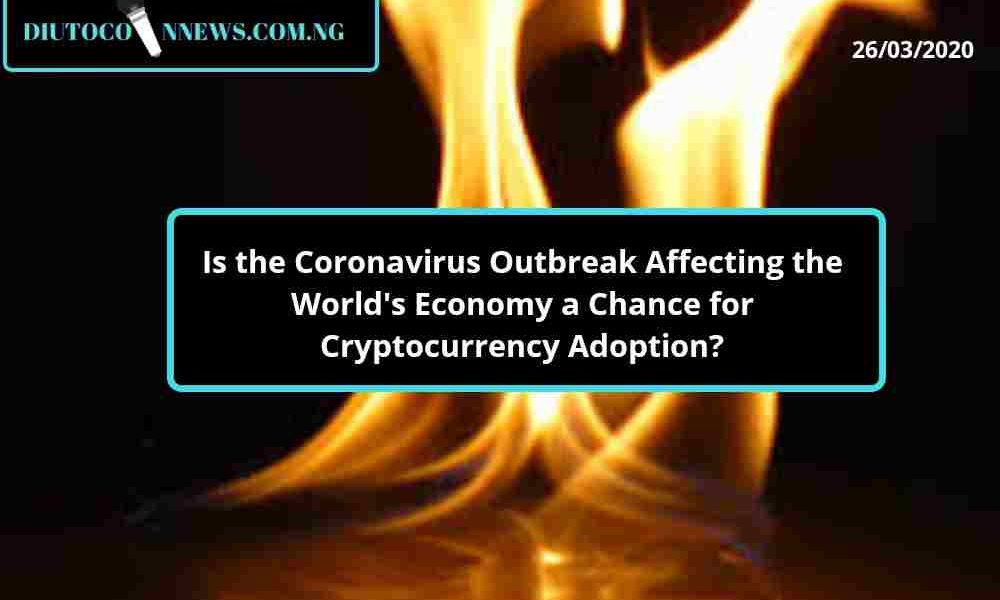 Is the Coronavirus Outbreak Affecting the World’s Economy a Chance for Cryptocurrency Adoption?

Since the outbreak of the Coronavirus pandemic, the global stock markets have been on a bizarre situation, recording a sharp drop in the world economy. According to experts, the situation is likely to continue.

The IMF announced that investors has removed around $83billion dollars, the largest outflow recorded so far on emerging markets.

Meanwhile, during a session on RT’s Keiser Report, joined by Alasdair Macleod, head of research for Goldmoney.com. Macleod explains that the increase in instability at the financial markets is a sign to the end of fiat currency.

Consequently, the coronavirus effect has accelerated the printing of dollar. The US Federal Reserve last week announced the printing of around $2 trillion which will be going into circulation in the next two to three months.

Macleod noted: “By the end of this year we should not be surprised to find that not only has the whole industry of financial assets collapsed, but the fiat currencies have gone with it.”

Moreover, US Speaker Nancy Pelosi previously confirmed the issuance of a digital dollar from the final version of the economic stimulus package presented to the House Democrats.

Meanwhile, as of now, the final version of the economic stimulus package no longer contains the language. However according to Forbes, “ the language as proposed by the Chairwoman Waters of the House Financial Services Committee still contains this language.”

On the other hand, China’s central bank, the People’s Bank of China (PBOC), confirmed the completion of the top-level” design of its proposed digital currency, according to reports.

From Xinhuanet news report, around October 2019 the China’s congress passed a cryptography law promoting the development of cryptocurrency and ensuring a sound cybersecurity.

We can recall that the Nigeria government was also hit by the effects of the COVID-19 pandemic following the final devaluation of the Nigerian Naira against USDollars by the Central Bank of Nigeria after too many interventions from the apex bank.

Some experts have encouraged the apex bank to consider regulating bitcoin and other cryptocurrencies due to the current destablized economic situation of the country. But the apex bank have taken a negative stance towards it.

With the current situation of things, many experts argue that digital currency will help the world’s stumbling economy to recover. But then, the leading world economies have been reluctant to fully embrace digital currency due to regulatory uncertainties.

Moreover, looking at the current economic situation of Venezuela, despite all the favourable policy to encourage the use of digital currency, the country is still recording high rate of inflation.

But then, looking at Mauritius, The Blockchain Valley of Africa, there is still possibilities that digital currency will alleviate the world economy with a sound regulatory policy.

Additionally some experts argue that the fears of having a poorly tested regulatory sandbox is one of the reasons why most world economies have been reluctant with introducing a full-fledged regulation.

Meanwhile, China on releasing the top level design of it’s proposed digital currency said it has been testing the use of digital Yuan currency since 2014.

Just recently, a Global Times report on Tuesday, said the central bank appears to have completed the development of the country’s digital Yuan basic function. The PBoC is now reportedly drafting laws to circulate its use.

“a new shift from fiat currency to digital currency”

While US continues to explore the possibility of a digital dollar after it leaked from the economic stimulus package plan which it has withdrawn, China said it is one step closer to effecting the use of digital Yuan this 2020.

This is a wakeup call for Africa to embrace the use of digital currency, enacting a sound favorable regulations for it’s growth in Africa. A possible solution to the impeding coronavirus pandemic ripple effects on the economy.

The shift from fiat money to digital money is inevitable, which will eventually boost the world’s adoption of cryptocurrencies like bitcoin which no one regulates it’s operation. 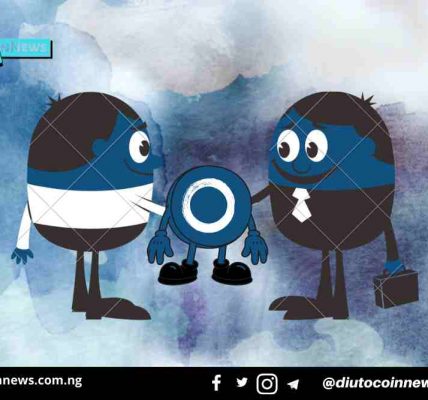 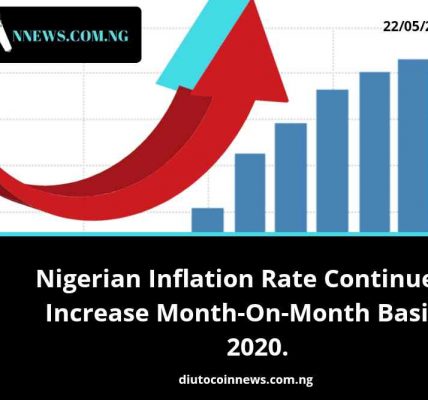 Nigerian Inflation Rate Continues to Increase on a Month-On-Month Basis in 2020.

Blockchain Technology to Add $29 Billion to Nigeria’s GDP by 2030.