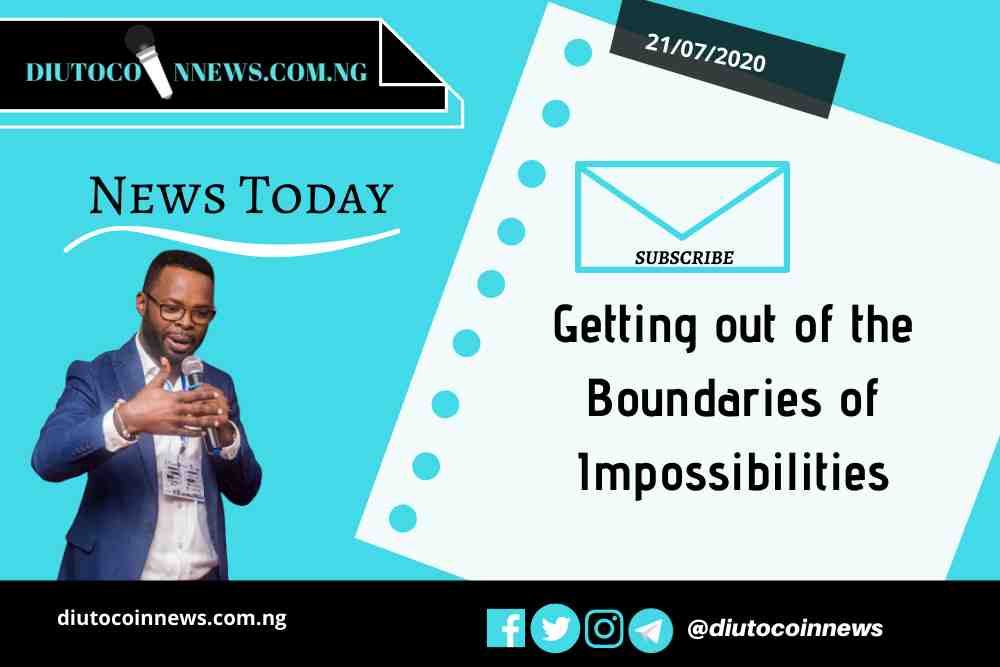 Getting Out of the Boundaries of Impossibilities

I’ve read the last 10 years how 30 countries moved entire nation from abject poverty to level of decent economic well-being. None of these countries did it without building great companies with global products to earn global revenue.

Those nations have strong political leadership, they aren’t the rail for wealth creation in those countries as most recreative venture whiles every other thing remain dependent on.

They have intentionally built systems that provide ample conditions for willing capital to fund willing entrepreneurs who have bigger dreams and crazy ideas to change the world with their ingenuity in building new Startup venture.

In the case of my context (Africa), politics is the primary source of becoming somebody in society, hence we do everything to bring one down to be in the good books of the appointing hands.

Politics has never been the core tool in nation building, it never was and will never be, even those who brought it have this understanding and never relied on politics to create their society as we know of it today.

Businesses that are not in their good books are killed with new parties in office, this is not sustainable, if we want better society for our people, national and economic well-being must be the beacon of hope and aspiration by any political party, it doesn’t have to wear a color because poverty knows no political party membership.

In 2005, when I read about the men who built America, I didn’t get it fully. But when I watched the documentary on YouTube 3 years ago, it made sense to me. America greatness is not the fact that they got great liberal democracy. It’s in their liberal capitalist minded approach which saw them create great companies under the sun.

Only 1% of American political class are billionaires even that was not as a result being politicians, they built visible carrier, businesses and societal goodwill before venture into the national leadership; primarily because they feel obligated to add value to the foundation built by their forebears, it’s a sense of pride to serve in public office to ensure there is enough room to scrutinize everyone.

When JP Morgan was called by President Franklin D. Roosevelt to bail America out of possible recession in 1893, though he was not a friend to the president based on he (JP Morgan) dominance and seemingly greed in controlling almost everything (railways, banking, steel etc), his ingenuity was tapped with national interest.

We got to begin a new reality, too much bitterness in our society, political greed is not smart choice for those who benefit from it and for the generality of the society who watch on for this to go on unchecked.

The top echelons in society from the clergy, the congregants and all, have just taken side and benefiting, ‘see no evil do no evil’. Who are we deceiving in our wildest imagination?

Their wealth is recommendable but not that it was done with some extraordinary measures though, we can argue that most of them used cruel methods such as brutal takeover of nations raw talents, hard core artifacts and minerals just for emphasis and for the purpose of my narrative not to accost them from a victim mentality.

Some of us have moved on and opined that our wellbeing is in our hands not feeling petty or victim but survivals to build and create wealth with all the opportunity we still have in our agile younger population.

There are some key notes to learn from them anyways,especially Norway, Japan, Russia and Germany. Yes America can be a template in their own resolve to gain liberty from King Henry-‘’Give me Liberty or Give me death’’ a popular phrase in the second Virginia Conference by Patrick Henry 1775.

Personally, America is not fascinating to me, discovering how their clandestine moves truncated Africa most visionary first generation leaders like Dr Kwame Nkrumah, Patrice Lumumba and currently Kennel Muammar Gaddafi, on their quest to industrialized crippled and dislocated Africa and other emerging economies to their self interest.

Only Seychelles and Mauritius are on the high income league from Africa on global list- almost 90% of their GDP is in services (Tourism and Fishing), it look funny how they aren’t blindly religious yet are so disciplined in all they do.

My visit to Seychelles in 2017 gave me a real scope of how poor we‘ve allowed our pride of ignorance to ruin the virtue in us, all in the name of ‘I’m a born again Christian’ without deeds and cruelly steal, dishonest, no conscience in all public and private places, yet we end up every Sunday and Friday in (Church and Mosque).

The kind of things we see and experience on daily basis in our determination to build business from ground up, are disappointing the behaviours of the so called ‘Jesus is coming tomorrow’ men and women.

I am not saying people should be pure or perfect but, there are a kind of things that beg for more questions than answers as why we do not have principles guiding our action.

Those 15 nations above are guided by Natural Laws or principles,which is most effective way to tame the inordinate unsophisticated greed of the African Society we have today.

My last on this, the kind of democracy we’re practicing in Africa is sitting on time-bomb. It’s not sustainable, it has ended up dividing us into tribal bigots, gullible, lazy, docile and very ignorant citizens who just take solace in Amen.

We’ve not expanded our economic activities but keep increasing the government pegs with more portfolios to satisfy few who just enjoy eye services.

This is unholy path, 80% of young men and women who comes out of school chose the short way to riches by joining mainstream political bandwagon for quick riches, instead of taken the path of entrepreneurship and venture ideation and executing new possibilities as other young people do in the United States, China, India and many evolving economies because the society has given that incentive to cutting corners to prominence.

We can’t keep behaving as though we don’t know best templates to use, it’s just scarcity, short sighted vanity of control mentality that has eaten the moral fiber of our society.

As a father who never had best in my early day days, I have a duty to train my children to be self confident, self belief, abundance thinking, kindness, empathy, compassion, good manners, how to be responsible to pay their taxes, civil duty and above all, give them the best they can have in terms of education to enable them create whatever they wish in their lifetime, but not for me to steal and hide for them to perpetuate a society of scarcity and entitlement mentality that has collapsed our foundation.

Our children don’t need our stolen funds, all they need is to show them the principles and they can build and become even bigger than us, what most of us are doing to this continent is fear of loosing out and desire to keep the control, you can’t control what you don’t have idea about.

You don’t even know what will happen on the day of your death, so why don’t you become a legacy builder by influencing generation’s foundation with resources available to you now for the greater good of all?

‘’For this end Africa needs a new type of citizen, a dedicated, modest, honest, and infomed men and women. A man submerges self in service to the nation and mankind. A man who abhors greed and detest vanity. A new type of man whose humility is his strength and whose integrity is his greatness” Dr Kwame Nkrumah

The bitter truth: in 10 years, if something drastic is not activated to rather give room for massive tech-Industrial Revolution for growth,we shall all pay dearly for what we sowed.

I’m a passionate believer Africa, though there be boundaries of impossibles in Africa ….we shall dwell, expand and do exploits irrespective of the overreaching obstacles and carve we find ourselves at birth.

We get better by finding wisdom in learning each day not holding on to things that we knew yesterday, our fears are not bigger than what is possible, therefore we shall dream bigger and mighty to enable us create an enabling environment for those behind us.

We must make it possible for the son of nobody who strives to get to the moon, do so without any limitations to cronies and fraternities, there must be a new possibilities and a new narrative of ‘submerging the self’ for the greater good of all. 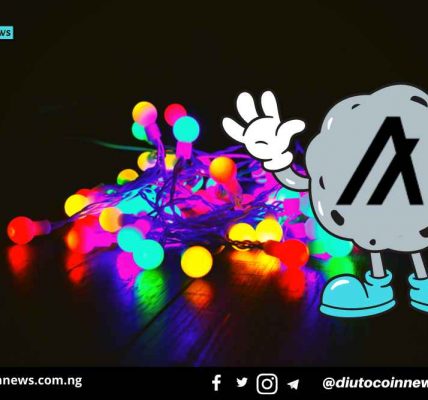 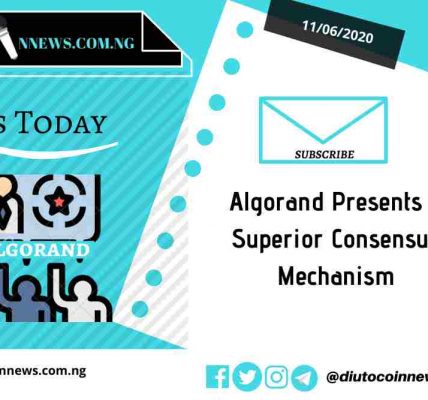 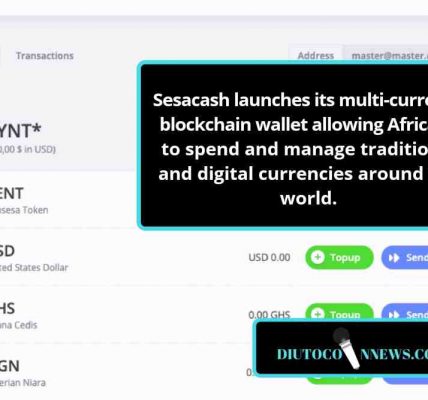 Sesacash Launches its Multi-currency Blockchain Wallet Allowing Africans to Spend and Manage Traditional and Digital Currencies Around the World. 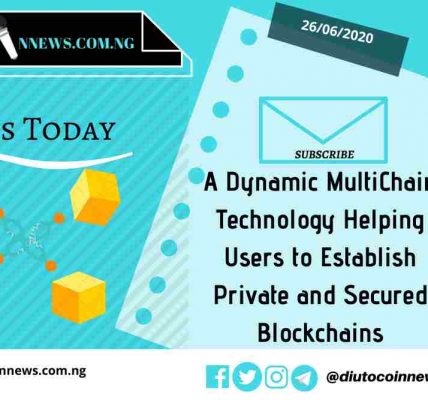