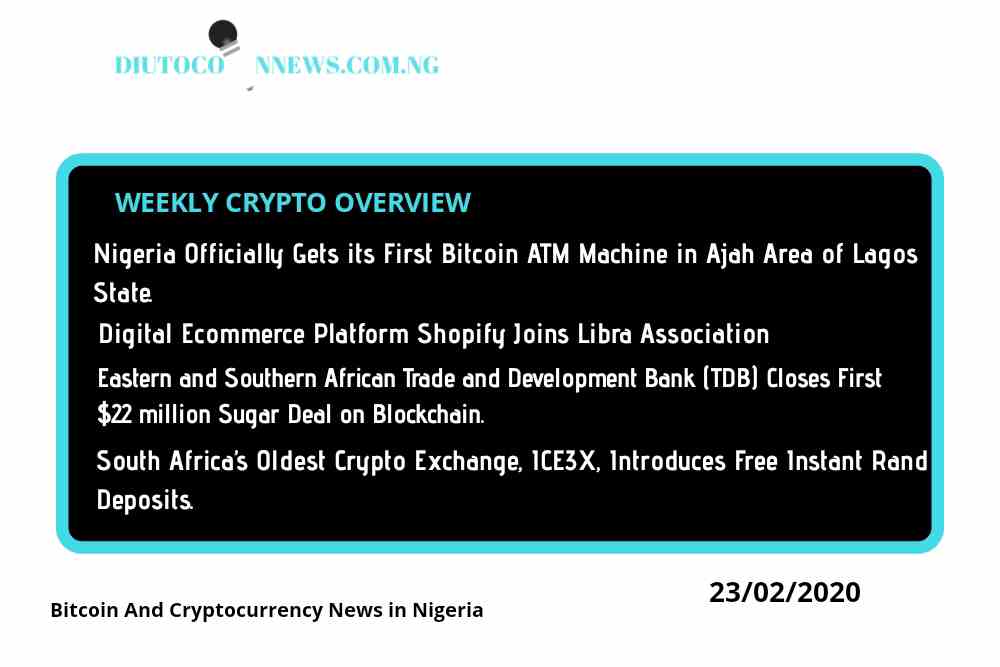 This is the first new member of the organization since its formation four months ago.

According to the blogpost, Shopify said it intends to “work collectively” to build a payment network that works “everywhere.”

The very first bitcoin Bitcoin ATM machine in the country was designed in Shenzhen by the founder and chief executive officer of Blockstale, Daniel Adekunle.

The newly installed Bitcoin ATM is located in Ajah area of Lagos State at a lounge and bar spot.

This new milestone records iCE3X as the first exchange in South Africa to allow instant fiat deposits from a South African bank.

The news broke out at the AfricaCom event in Cape Town in the previous weeks.

At the million dollar sugar deal, a letter of credit confirmation and a discounting transaction were digitally recorded on chain on a private blockchain. 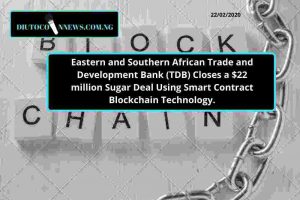 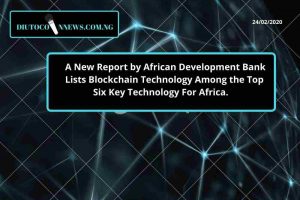