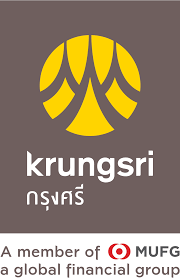 The cross-border payment test conducted in the Bank of Thailand’s (BOT) a regulatory body, was done by Japan’s Mitsubishi Group, the Japan Mitsubishi banking unit MUFG Bank, and the Standard Chartered Bank of Singapore.

Thakorn Piyapan, head of the Krungsri Consumer Group and the Digital Banking and Innovation Division, commenting on the successful conduct of the cross-border payment test that the “technology-based transaction helps enhance their subsidiaries’ financial liquidity toward greater flexibility and efficiency.”

The MUFG member Bank – which is Japan’s largest bank , and the fifth largest bank in the world by total assets recently – announced their partnership with major U.S.-based Cloud Delivery Platform Akamai Technologies for the release of a blockchain-based global payment network. MUFG Bank also reported last week that it plans to test its own cryptocurrency by 2019.

The Asian country Thailand had been predominantly remarkable in Crypto Activities around the world. The recent development from the region is a tangible one which is been geared to Cryptocurrency growth and adoption worldwide.