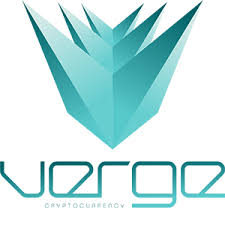 A day ago, various reports emerged of a potential hack on the mining protocol of VERGE CURRENCY , The percentage increase was a huge 51% famous hack. The hacker(s) managed to take control of up to 50% of the computing power on the Verge network and have since mined millions of verge currency. At time of reporting , the Verge explorer showed 1560 XVG coins were being mined per second (or alternatively $78 per second).

The report reaching DIUTOCOINNEWS is that $78 was being mined per seconds from the vergecurrency network. The hack duration lasted up to 24hrs totalling over $4680 per minute and $280800 per hour. Huge some of money had been drained from vergecurrency network. The algorithms, Scripts and Iyra2re which can easily be rented out were possibly been used by the hacker(s) to lower the mining of few bucks per seconds leading to mining of millions in hours.

The development team of Vergecurrency has come out strongly to assure the XVG community and stakeholders at large that they ought not to fear. They made everyone to understand that the hack only affects miners but still no word has been given by the development team as to how to stop the hack. The community members were encouraging the Dev Team migrate to proof Of Stake.