The Sacramento Kings basketball team plans with a cryptocurrency mining hardware firm to install mining machines in an indoor arena, with the crypto earnings used as a Fund for scholarship programs. Local news outlet The Sacramento Bee reported yesterday, June 28.

The mining machines will be installed in Sacramento’s Golden 1 Center. All crypto proceeds will go to a multi-year scholarship program tagged MiningForGood, which the Sacramento Bee describes as a charity for tech education and workforce development in Sacramento. The first recipient of MiningForGood Scholarship Program will be the Black Communicaties in Sacramento called “Build Black Coalition”.

Vivek Ranadive, the Kings’ principal owner, on speaking about the new program states that;

Many companies had previously tried out the virtue “Mining Ethereum for charitable Causes”. In February,UNICEF Australia had requested the PC gamers to mine Ethereum in their downtime as a donation to Syrian children. Also the and co-founder Vitalik Buterin donated $2.4m in Ethereum to fund anti-aging research. 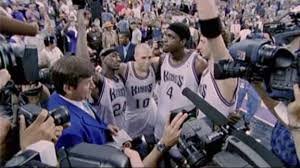 The Sacramento Kings are an American professional basketball team based in Sacramento, California. It was found in 1923 as Rochester Seagrams. It is been sponsored by Blue Diamond Growers. The Kings compete in the National Basketball Association (NBA) as a member of the Western Conference’s Pacific Division. The only team in the major Professional North American League located in Sacramento. The team plays its home games at the Golden 1 Centre